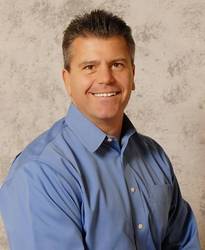 Ed began his foodservice equipment career in 1991 with Metro, after a stint with a Chicago food distributor.

In 1999, he formed an independent equipment rep group called Elite Marketing, which he ran until merging with Tech Rep, forming Culinary Equipment Group in 2011.

Ed holds a Bachelor's Degree in Hotel and Restaurant Management. He is a past-president of MAFSI Region 17 and is a Certified Foodservice Professional (CFSP).